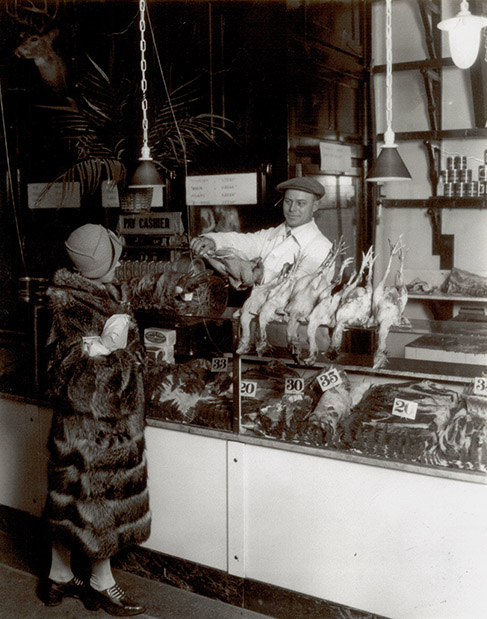 In the 1950’s and 60’s, Neesvigs was located in downtown Madison, on Johnson Street. The truck docks were at the back of the building, off Dayton Street. Though the business occupied three floors, including smokehouses on the top floor, the workforce numbered only nine employees. In the early 1950’s, Neesvig’s made the transition into full line fresh red meats. As was typical of the industry at the time, beef halves and quarters were purchased and brought into the building on hanging rails. In the 1960’s we placed our emphasis in portion control and in 1968 the sausage product was phased out, with complete concentration on fresh red meat. 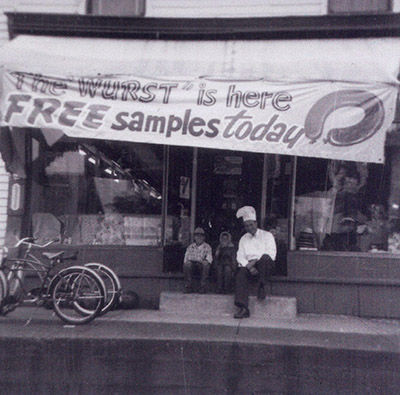 By 1973, the old plant was inadequate to meet the needs of a rapidly expanding business and plans were made to build a new facility. The facility was located at 417 Atlas Avenue in Madison, WI. In 1976, Neesvig’s became a United States Department of Agriculture (USDA) inspected plant, providing the company with the ability to expand sales out of state. Since then the company has experienced numerous changes. Also, a new way of selling beef appeared. It was the beginning of boxed beef marketing. Neesvig’s became one of the first companies in the country to eliminate rails for handling beef. With the specialization of portion controlled cuts, the company was helping customers realize the benefit of purchasing not by the pound, but rather by the individual portion. This removed the need for customers to employ a trained meat cutter, thus eliminating the cutting and trimming, and increased there profits.

The year 1979 marked the beginning of sales to the gift and mail order industry, currently supplying product and drop ship services to many of the top names in the national food mail-order field.

Neesvigs was accepted for designation as Total Quality Control (TQC) for the USDA in 1983, hence establishing a “grade labeling” program for the furthest assurance of quality to our customers. In 1985, Neesvig’s became Wisconsin’s first Certified Angus Beef ® distributor.

In 1994, Neesvig’s expanded it’s product line to include fresh fish. The success of this program led to the 1995 purchase, with related parties, of Empire Fish Company with which we have a sister company relationship. The Milwaukee based Empire Fish Company, also founded in 1913, is Wisconsin’s oldest and finest provider of fresh fish to the food service industry. 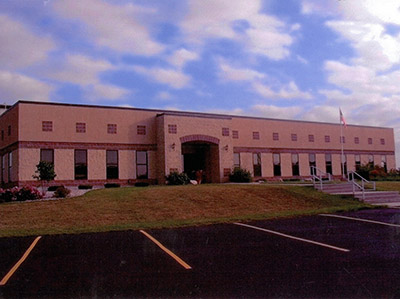 In 1999, growth in all facets of the business enabled our move to a new state-of-the-art processing and distribution facility located in Windsor, WI. Neesvig’s Hazard Analysis Critical Control Points (HACCP) program was also fully implemented. This facility still serves as our main operating facility today. 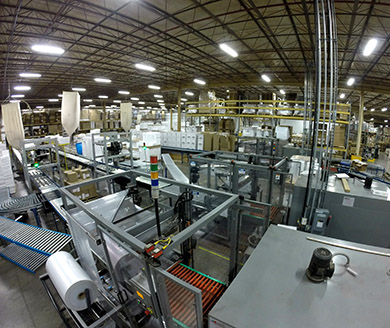 Recently we have developed a line of all-natural beef, pork, and poultry products and established a line of grass fed beef. We have also expanded our production room to provide more capacity to produce for our customers. In 2012, we purchased a 126,000 square foot building in DeForest, WI for our fulfillment division. We also expanded the distribution of our products to restaurants and institutions in Minnesota and Iowa to go along with our routes in Wisconsin and Illinois. Our expansion and investment in technologies have allowed us to create an even closer relationship with our sister company, Empire Fish Company.

Robert “Robbie” Garza is a graduate of the University of Wisconsin –Madison. He enjoys creating, learning, and collaborating on various media projects. Besides marketing, Robbie is an accomplished musician and continues to perform on a regular basis. Robbie’s Mexican heritage has had a tremendous influence in his joy of food and cooking, especially grilling. His family is from Monterrey, Mexico where grilling is a city-wide sport. This adoration for great food is translated into his passion for promoting our premium offerings through blogs, photographs, video, and social media.

Aging, either wet or dry, is a process that is done to let natural enzymes to break down and... read more 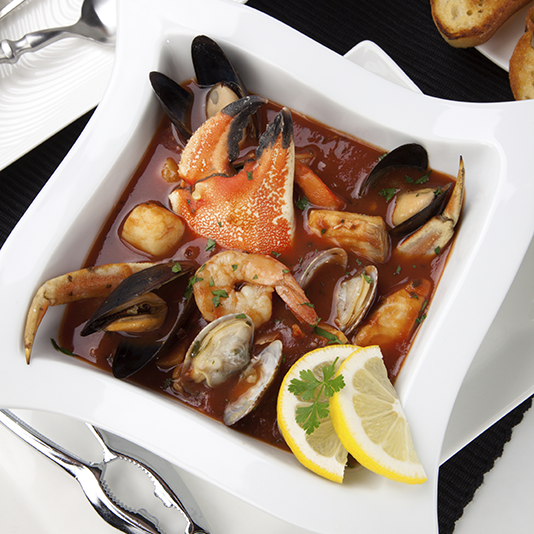 Cioppino is a fish and shellfish stew originating in San Francisco and made primarily with Dungeness crab, clams, shrimp,... read more 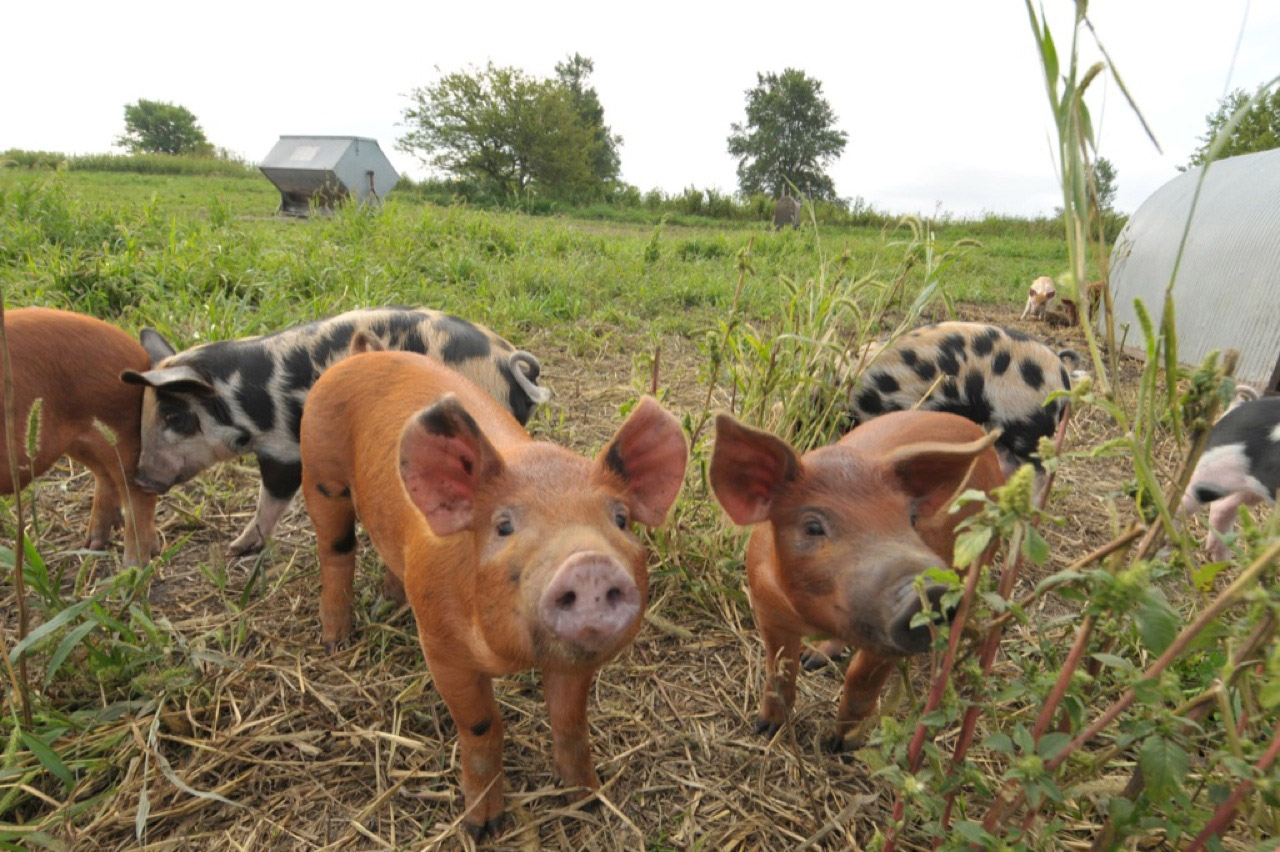 From its humble start as an 11 acre San Francisco Bay Area farm in the 1970’s to its extensive... read more